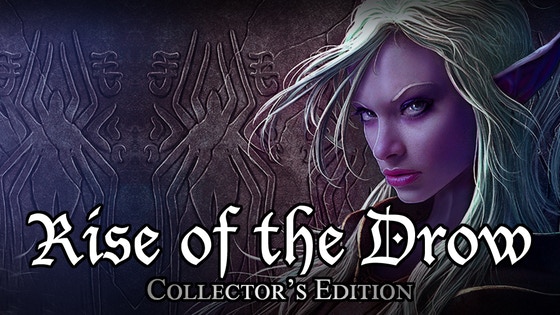 Rise of the Drow

Latest Updates from Our Project:

You heard right! We have a limited stock of the Mini-Dungeon Tome we set aside especially for you, our backers of RotDC. The rest of the stock (worldwide distro) is currently sold out and the second printing won't arrive until May 2019, so this is your chance to snag 130+ adventures.

Mini-Dungeon Tome includes some underground and cavernous adventures (not to mention drow) to use alongside your Rise of the Drow book. We've reduced the prices: $50 for hardcover or $30 for PDF only for backers of this project. If you'd like to add a copy for your gaming group, make sure you visit the Kickstarter page, then increase your pledge by the respective amount.

We also have the Faction Dice Sets for $10 each and they are changing in quantity all the time! How is this possible? The Factions of the Underworld are currently at war and depending on their actions each round, the dice sets can grow or be reduced in size. If you'd like to see a specific set grow to as many as 10 dice, join a faction now! To JOIN A FACTION you must follow through with the information contained in UPDATE #2.

If you want to reveal more special add-ons for the Rise of the Drow: Collector's Edition Kickstarter you'll need to invite your friends! We've recently changed the goals so instead of something new every 500 backers, you'll unlock a new, special, and VERY UNIQUE add on for this campaign every 250 backers which pledge. Of course, this could mean even a $1 pledge of support for your friends who may want to participate in the Clash of the Factions ongoing game here on the project page (and Discord) or perhaps someone who wants to get some of the great prices on add-ons in this campaign.

Either way, it's a WIN-WIN as we get more backers and you unlock more backer goals, stretch goals, and milestone goals which give you more add-ons, a better book, more content, and lots of hidden treasure which awaits you in the Underworld.

Keep sharing the project via social media and email!

and now for what you've all been waiting for... the results of the first round of Clash of the Factions!


The Rebels stayed within the confines of the dwarven city of Embla. Supplies were gathered and much construction took place. Fortifications were constructed among other things and the city gates were closed and reinforced. The gates will have to open to allow the regular trading caravans into the city in the near future, as more supplies will be needed very soon.


The Outsiders emerged from the dark, hidden places along the Back Road of the Underworld and explored the area around their homes. A strange magic doorway was found with a riddle etched into the stone. “Many ask for me but when I’m given, most don’t take me.” The Outsiders thought long and hard then answered. We won’t reveal their answer here, but it was correct. The door opened and after entering and searching the area, a powerful magic orb was found.


The Dominion received information from a drow scouting party that a dwarven caravan of skildpadders, laden with supplies, traveled down the Long Road, bound for the dwarven city of Embla. Dominion troops were immediately dispatched and before long, the drow engaged the caravan, slaying all of the guards, claiming the cargo, and enslaving all survivors. The Dominion took their loot and slaves back to the drow city of Holoth where they now plot their next move.


If you'd like to participate in the Clash of the Factions visit Update #2 and follow the directions.


Vote for your Favorite Ribbon Bookmark!

That's right. If you've been watching the milestone goals you would have noticed we recently unlocked a nice, sewn-in, ribbon bookmark and you get to help choose the color!

Visit this survey link and vote on your favorite bookmark color.

Please note: multiple votes will automatically disqualify you from voting.

You've left me nearly speechless and that's a feat in and of itself. Of course, no one can cast silence upon me so here we go!

To raise this much in such a short period of time is simply astonishing but it also proves that following your dreams, creating something that is bigger than yourself, and never letting ego get the best of you, can create very special things. This entire book is dedicated to our dear friend Joshua Gullion, for those of you who didn't know Joshua, I'm sorry you didn't get the chance to meet him. He was the kind of guy who would type each one of you a personal email or message and take the time to engage and make sure you were getting exactly what you wanted out of whatever book we were working on as a team. He was the kind of guy that would listen when you needed to vent but also give you a swift kick in the rear end when you needed to take action but were too worried about the outcome to move. He knew his time was limited and that gave him haste, the ability to dive in headfirst whether the pool was full or empty, Joshua cared not, he'd figure out a solution *featherfall* along the way.

And here we are, 10 Kickstarter projects later, the first of which was the original Rise of the Drow. Sadly, I don't have Joshua to share this moment with and as I write here, all alone, with tears streaming down my face, I know he would be proud of all we have accomplished since he passed. He'd tell me to wipe the tears away, put on my favorite tunes, and crank it up because life needs to be celebrated. Damn, I miss my friend. It will never be the same, but such is life. It has been a long road but here we are, and here YOU are. Without you, none of this would be possible and that's what this project is all about, paying homage to those who carry the torch.

Each of us are torchbearers whether we realize it or not, for this very game gets inside of you in a special way, a way nothing else can. Everything we learn, everything we do, whether we are a narrator (DM) or an actor (player/PC) in this game, we are ALL tied together and bound by one word, the most important word of all:

You, me, Stephen, Mates, Bryan, Sean, Tommi, Thomas, we are all driven by this force and it's not just us, it's every single person who picks up a D&D book and decides to delve into a dungeon and play or create sinister forces and their own epic tales.

When we created Rise of the Drow, we hoped you would be inspired, not just to run the adventure, but to grab out all the bits that inspire you and make it your own, that is what's great about this book and all of the adventures I've ever written and run in my life. If you can give just enough of an engaging plot to take hold whilst also allowing for a sandbox approach where players feel like they are in complete control of their choices and the potential outcomes, you have something special. Just like life, no one wants to feel like their fate is already chosen for them.

We all crave freedom, the potential to live outside the box that was built for us. Even if we don't want to push our way outside, we want to KNOW that we COULD if we wanted to do so. That's what makes a great adventure great and is the reason Endzeitgeist gave us the most amazing review on the original trilogy and also the reason it was nominated for multiple awards as Best Adventure.

What happens next? That's entirely up to you. We have some of the craziest stretch goals, milestone goals, and backer goals we've ever created. Of course, we cannot share or announce them until you unlock them and we delve forward, deeper into the Underworld itself!

We are working on potentially introducing a very unique dynamic into this Kickstarter project where YOU get to choose a faction. This choice may actually affect the outcome of the Kickstarter and the rewards given. There will be three factions to choose from which various races will be assigned to. We are still working out the details but here's a little teaser.

~WHICH FACTION WILL YOU CHOOSE?~

DOMINION such as drow

REBELS such as dwarves (dweorg) and humans

---Which faction calls to you? List it in the comments and tell us why that faction speaks to you!---